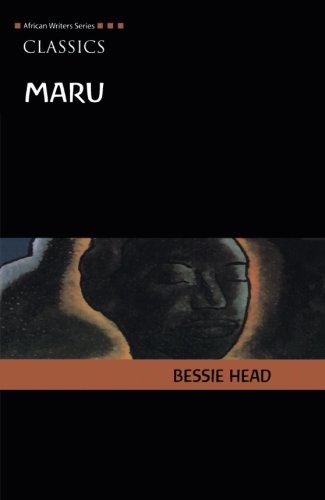 Maru is the moving tale of an orphaned Masarwa girl who goes to teach in a remote village in Botswana where her own people are kept as slaves. Her presence polarises a community which does not see Masarwa people as human, and condemns her to the lonely life of an outcast. Bessie Head was one of the best-known writers in Africa, whose works were mostly inspired by her own traumatic life experiences as an outcast in Apartheid South African society. This edition of Maru includes an introduction by Stephen Gray, former Head of English at the University of Johannesburg.

Descrizione libro Heinemann, 2008. Paperback. Condizione: New. 1. Paperback. A bestselling title in Heinemann's long-established 'African Writers Series', this novel is now being published with a new introduction as part of the new series 'African Writers Series Cl.Shipping may be from multiple locations in the US or from the UK, depending on stock availability. 120 pages. 0.118. Codice articolo 9780435913588