Articoli correlati a Thirteen Reasons Why 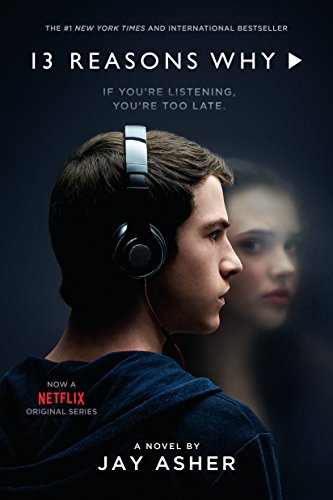 Featuring cover art from the Netflix original series executive produced by Selena Gomez, with exclusive interviews and photos inside!

“Thirteen Reasons Why will leave you with chills long after you have finished reading.” —Amber Gibson, NPR’s “All Things Considered”


You can’t stop the future.
You can’t rewind the past.
The only way to learn the secret . . . is to press play.

Clay Jensen returns home from school to find a strange package with his name on it lying on his porch. Inside he discovers several cassette tapes recorded by Hannah Baker—his classmate and crush—who committed suicide two weeks earlier. Hannah's voice tells him that there are thirteen reasons why she decided to end her life. Clay is one of them. If he listens, he'll find out why.

Clay spends the night crisscrossing his town with Hannah as his guide. He becomes a firsthand witness to Hannah's pain, and as he follows Hannah’s recorded words throughout his town, what he discovers changes his life forever.

Find out how you can help someone in crisis at bethe1to.com.

“Heavy but compelling. . . . Asher’s novel asks us to look at how petty cruelty can deal crushing blows.” —Miami Herald

“It is a brilliant debut that will leave readers feeling a sense of remorse for Hannah, guilt for Clay, and hope for the lasting lesson of the story.” —Bookazine

“[Hannah’s] pain is gut-wrenchingly palpable. . . . Asher has created an entrancing character study and a riveting look into the psyche of someone who would make this unfortunate choice. A brilliant and mesmerizing debut from a gifted new author.” —Kirkus Reviews, starred review and Editor’s Choice

“Readers won’t be able to pull themselves away.” —Publishers Weekly

“Asher's ability to convey the anguish of someone who was left behind is truly remarkable.” —Book Page


“Thirteen Reasons Why is a mystery, eulogy, and ceremony. Twenty or thirty times, I snapped the book shut when a sentence, an image, or a line of dialogue was too beautiful and painful. But I, afraid and curious, would always return to this amazing book. I know, in years to come, I will often return to this book.” —Sherman Alexie, bestselling author of The Absolutely True Diary of a Part-Time Indian

“Every once in a while you come across a book that you can’t get out of your mind, one you have to rush back to if you must put it down for some reason. Jay Asher’s Thirteen Reasons Why is one of those books, and is at the very top of my personal Must-Read list.” —Ellen Hopkins, bestselling author of Tricks, Identical, Crank, Burned, Impulse, and Glass

“A spectacular first novel. Jay Asher tells his story with such honesty and simplicity that the tragedy feels shatteringly real.” —Gordon Korman, author of Son of the Mob and Jake, Reinvented

JAY ASHER's debut novel, Thirteen Reasons Why, a #1 New York Times and international bestseller, has sold over 3 million copies in the United States alone and is now a thirteen-part series on Netflix. The Future of Us, his second novel, was co-authored with Printz Honor winner Carolyn Mackler. He is also the author of the New York Times bestselling What Light. Piper, out in Fall 2017 and co-authored with Jessica Freeburg and illustrated by Jeff Stokely, will mark Asher’s graphic novel debut. His novels have been translated into thirty-seven languages. He lives with his family in California. Follow him on Twitter @jayasherguy.

13 Reasons Why (Paperback or Softback)