Articoli correlati a The Descent of Man

Darwin, Charles The Descent of Man

The Descent of Man 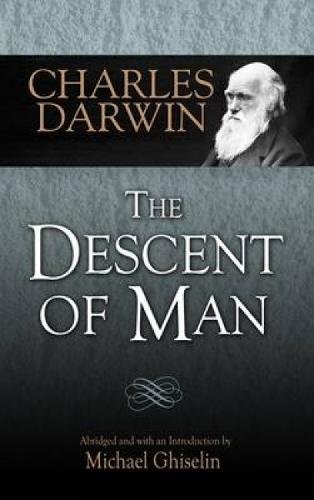 Published on the anniversary of Darwin's 200th birthday, these prime excerpts from the great naturalist's landmark work build on the evolutionary concepts introduced in On the Origin of Species. The earlier work provided a basic exposition of Darwinian theory. The Descent of Man, published a dozen years later, asserts that humans are the descendants of apes, which were descended from even more primitive creatures.
This fascinating treatise on evolutionary psychology explores the two defining forces of human and animal evolution?natural selection and sexual selection. Numerous examples from Darwin's years of study illustrate its compelling conclusion: However much we differ from other animals, we are descended from common ancestors and have evolved in similar ways. Based upon the original edition, this abridgement by a noted Darwinian scholar offers a highly readable version of one of the most important books in the history of science.

Charles Darwin was born in England in 1809 and attended the University of Edinburgh to study medicine. When he decided against that vocation, he enrolled at Cambridge where he earned a degree in theology. During an expedition to Africa and South America, Darwin continued his studies in natural science and began writing about his theories of natural selection. His work led to the publication of On the Origin of Species, a book that changed the world.

Charles Darwin: Original Thinking
Each generation of students comes to Darwin's epoch-making works, several of which are the basis of our publishing program in biology and related fields: The Essential Darwin, 2006; The Descent of Man, 2010; The Expression of the Emotions in Man and Animals, 2006; and On the Origin of the Species, 2006.

In the Author's Own Words:

"A mathematician is a blind man in a dark room looking for a black cat which isn't there."

"I feel most deeply that this whole question of Creation is too profound for human intellect. A dog might as well speculate on the mind of Newton! Let each man hope and believe what he can."

"Ignorance more frequently begets confidence than does knowledge: it is those who know little, not those who know much, who so positively assert that this or that problem will never be solved by science."

"There is grandeur in this view of life, with its several powers, having been originally breathed into a few forms or into one; and that, whilst this planet has gone cycling on according to the fixed law of gravity, from so simple a beginning endless forms most beautiful and most wonderful have been, and are being, evolved."

"Man with all his noble qualities, with sympathy which feels for the most debased, with benevolence which extends not only to other men but to the humblest living creature, with his god-like intellect which has penetrated into the movements and constitution of the solar system — with all these exalted powers — Man still bears in his bodily frame the indelible stamp of his lowly origin." — Charles Darwin

The Descent of Man