Articoli correlati a Mikhail Larionov and the Russian Avant-Garde

Mikhail Larionov and the Russian Avant-Garde 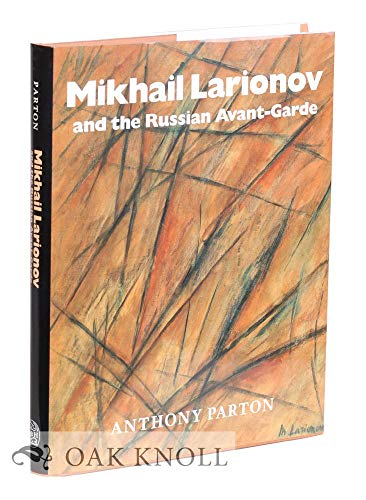 A revolutionary multi-media artist and flamboyant iconoclast, Mikhail Larionov galvanized the Russian art scene in the early 20th century, striving for a truly native style to rival the European avant-garde and setting the stage for Constructivism. The development of his career, however, has long eluded historians. Now this illustrated book reconstructs a critical episode in the story of Russian modernism. Anthony Parton traces in vivid detail Larionov's stylistic evolution, from his years in Russia, where he began as an Impressionist painter and later organized the Moscow Futurists, to his time in France, where, with his lifelong companion Nataliya Goncharova, he designed sets for the Ballets Russes and joined the School of Paris. At the same time, he captures the rebellious character of an artist devoted to exhibiting the spirit of the avant-garde - whether incorporating vulgar graffiti into his paintings, or setting a Muscovite trend for painting one's face. Inspired by the Fauves and primitives, Larionov borrowed images from shamanism and archaeology and devices from folk art. His interest in Cubism, Futurism and scientific ideas led to his creation of Rayism, or Rayonism. In the performing arts, he experimented with movable scenery and choreographed lighting. The author constructs a chronology of his career, drawing on his writings and manifestos, on contemporary reviews, and on interviews with his friends and colleagues. Through this manifold investigation, Parton offers an extensive study of an important yet long inscrutable artist. Anthony Parton is an art historian currently working at the Hatton Gallery at the University of Newcastle-upon-Tyne. He edited "Women Artists of Russia's New Age, 1900-1935" (1990), by M.N. Yablonskaya, also published by Thames and Hudson.

1. Mikhail Larionov And The Russian Avant-garde

2. Mikhail Larionov and the Russian Avant-Garde

3. Mikhail Larionov and the Russian Avant-Garde