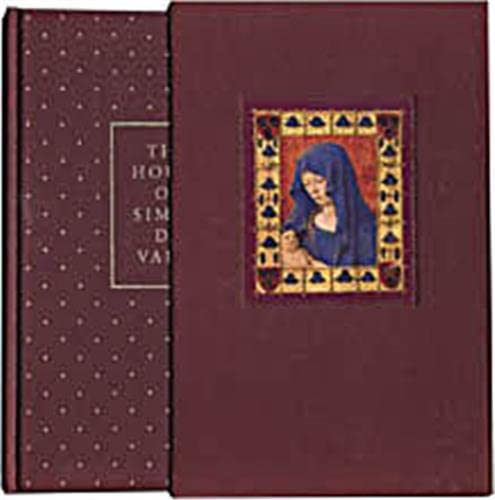 Illustrated by three different painters, the Hours of Simon de Varie was long thought to be irrevocably dismembered. During the 17th century, it was split into three sections, two went to the Royal Library at The Hague, and one was believed lost until it surfaced in a private collection in 1984, and was then acquired by the J. Paul Getty Museum. A special collaboration between these two institutions has reassembled the lost manuscript, enabling the reader to view the book as it was created. A private, devotional text for a wealthy crown officer under Charles VII and Louis XI of France, the Hours of Simon de Varie is beautifully decorated with painted initials and ornate borders, elaborated with flowers, birds, animals, grotesques and the mottoes, devices and coats of arms of the book's owner. Jean Fouquet was the foremost artist of the 15th-century France, and the rediscovery of the manuscript's lost third portion brought to light the first new miniatures by him to have been found in 80 years. All the illustrated pages are reproduced in colour facsimile, together with some text pages and comparative illustrations. Scholarly essays detail the modern rediscovery of the Hours; its patronage and origins; its contents, form and distinctive style. It is also a fascinating window into the culture and society of its time.