Articoli correlati a Listening to stone: the art and life of Isamu Noguchi

Herrera, Hayden Listening to stone: the art and life of Isamu Noguchi

Listening to stone: the art and life of Isamu Noguchi 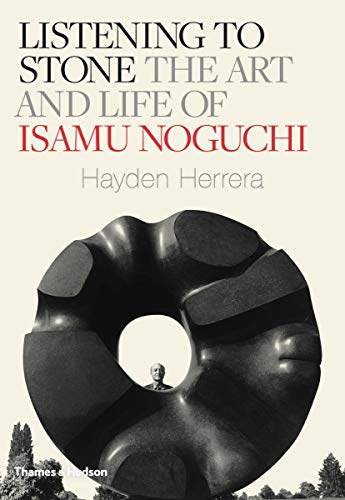 Throughout the 20th century, Isamu Noguchi was a vital figure in modern art. From interlocking wooden sculptures to massive steel monuments to the elegant Akari lamps, Noguchi became a master of what he called the `sculpturing of space'. Combining the personal correspondence of and interviews with Noguchi and those closest to him - from artists, patrons, assistants and lovers - Herrera has created an authoritative biography of one of the twentieth century's most important sculptors. She locates Noguchi in his friendships with such artists as Buckminster Fuller and Arshile Gorky, and in his affairs with women including Frida Kahlo and Anna Matta Clark. With the attention to detail and scholarship that made her biography of Gorky a finalist for the Pulitzer Prize, Herrera has written a rich meditation on art in a globalized milieu. Listening to Stone is a moving portrait of an artist compulsively driven to reinvent himself as he searched for his own `essence of sculpture'.

A fascinating read ... Herrera writes with compassion and energy. --Aesthetica

From beginning to end, Listening to Stone is a beautifully written biography and an engrossing tale of one of the most inventive artists of the twentieth century. As she elucidates Noguchi's poetic genius and his wonderfully unclassifiable approach to art, Hayden Herrera brings to life the milieus in which Noguchi lived like no one else. From the mountainous coast of rural Japan to bohemian New York in the 1920s to Paris and Tokyo in the following decade, she vividly presents Noguchi's relationship with his settings. This is an enticing book achieved with an élan consistent with the magical work of a remarkable artist. --Nicholas Fox Weber, author of 'The Bauhaus Group: Six Masters of Modernism'

Listening to Stone provides a sweeping portrait of a rebel genius who was able to make a difference doing the work he most loved. Hayden Herrera helps us understand a man who, like many of his friends and associates, was branded an outlaw because he was so far ahead of his time. Listening to Stone is a monument to the man who created monuments around the world. --L. Steven Sieden author of 'Buckminster Fuller s Universe: His Life and Work'

Hayden Herrera is the author of the Pulitzer Prize-nominated 'Arshile Gorky: His Life and Work', as well as 'Frida: A Biography of Frida Kahlo', and 'Matisse: A Portrait'.

1. Listening to Stone: The Art and Life of Isamu Noguchi

2. Listening to Stone: The Art and Life of Isamu Noguchi