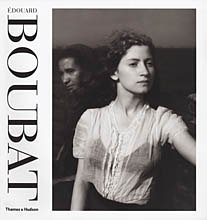 In a career that spanned more than fifty years, photographer Edouard Boubat (1923-1999) captured the magic of fleeting moments with tenderness and warmth. A contemporary of Robert Doisneau and one of the most influential French photographers of the 20th century, Boubat made elegant, poetic pictures, beginning with images of everyday life in his native city of Paris and moving on to striking pictures taken on his travels to Kenya, India, Spain, Portugal, Brazil and China. His photographs were the subject of a major exhibition at the Centre Georges Pompidou in 1976, the same year he published the first major book on his work. Now, five years after his death, this luxurious volume presents the entire range of Boubat's work in 300 beautiful tritone reproductions. All of his most famous photographs are here - including those of his muse, Lella - along with texts on the artist by writers Michel Tournier, Jacques Prevert and Marguerite Duras, and Boubat's own writings and notebook excerpts. Developed in close collaboration with Boubat's son, Bernard, this authoritative collection is the only existing monograph on this enduringly popular, but until now strangely unsung, photographer.

Descrizione libro Gardners Books, 2004. Condizione: Good. A+ Customer service! Satisfaction Guaranteed! Book is in Used-Good condition. Pages and cover are clean and intact. Used items may not include supplementary materials such as CDs or access codes. May show signs of minor shelf wear and contain limited notes and highlighting. Codice articolo 0500512019-2-4

Descrizione libro Thames & Hudson Ltd 2004-11-08, 2004. Hardcover. Condizione: Very Good. Item is in very good condition. If supplemental codes/CDs for textbooks are required please contact us prior to purchasing as they may be missing. Photos are stock pictures and not of the actual item. Codice articolo DS-0500512019-2