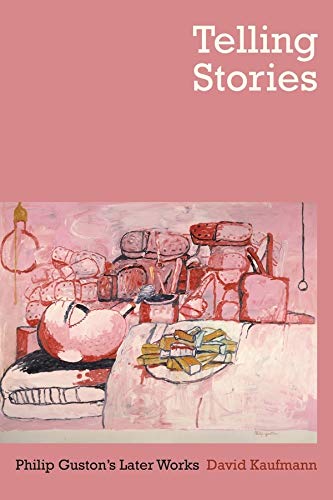 In Telling Stories, David Kaufmann focuses on Philip Guston's controversial figurative paintings of the late 1960s and 1970s. He looks at the early critical reception of these works to see what the artist was actually doing and, at another level, to investigate the odd alchemy of artists and their audiences. Grounding his historical approach in careful readings of the paintings, Kaufmann pays close attention to Guston's intense and complicated relationship to Judaism. At the same time, by situating Guston in the context of the fashions of the New York art world, Kaufmann provides unique insight into the workings of that world at the moment when the strictures of artistic modernism began to fade.

David Kaufmann is Associate Professor of English at George Mason University and is the author of The Business of Common Life: Novels and Classical Economics between Revolution and Reform.

"I have never seen a book that deals so extensively and usefully with the aesthetic and critical climate surrounding Guston, the allegorical interpretation of his work, or the role of his Jewishness in his art and thinking. Telling Stories is an original and stimulating contribution."—Clark Coolidge