Articoli correlati a The Uses of Argument

The Uses of Argument 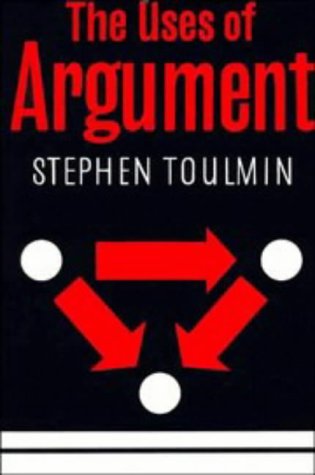 Traditionally, logic has been claimed to be 'the science of rational argument', but the relevance to our everyday disputes of the formal logician's results has remained unclear. The abstract character of traditional logic cuts the subject off from practical considerations; Mr Toulmin enquires why this is so, and shows how an alternative conception can be of more general value. Starting from an examination of the actual procedures in different fields of argument - the practice, as opposed to the theory, of logic - he discloses a richer variety than is allowed for by any available system. He argues that jurisprudence rather than mathematics should be the logician's model in analysing rational procedures, and that logic should be a comparative and not a purely formal study. These suggestions lead to conclusions which many will consider controversial; though they will also be widely recognized as interesting and illuminating. This book extends into general philosophy lines of enquiry already sketched by Mr Toulmin in his earlier books on ethics and the philosophy of science. The ordinary reader will find in it the same clarity and intelligibility; and the professional philosopher will acknowledge the same power to break new ground (and circumvent old difficulties) by posing fresh and stimulating questions.

'An interesting and provocative discussion of the philosophical issues about the nature of logic.' Nature

'A book designed to awaken philosophers out of a nightmare - the nightmare brought on by an over-rich banquet upon logico-mathematical ideals.' The Humanist

1. The Uses of Argument

2. The Uses of Argument