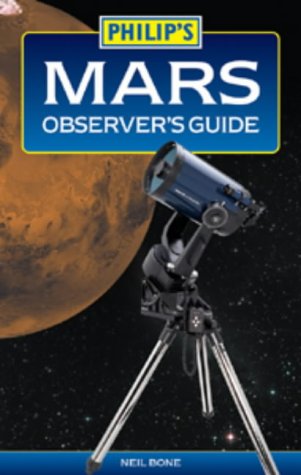 In 2003, Mars will be closer to Earth than it has ever been, making it a good time to start observing this planet. Aimed at the practical astronomer, this book will tell you what you need to know in order to make the most of this opportunity. Mars will also be a good observational target in 2005 and 2007 for those whose appetites have been whetted in 2003. It features physical and orbital data including size, composition, apparent retrograde motion and key physical features, such as volcanoes and the polar caps. One chapter looks at the basic equipment needed to observe Mars in terms of telescopes and filters, and another outlines the surface features and atmospheric phenomena that you should be able to see. As well as maps of the surface of Mars and colour photographs taken from spaceprobes, there are detailed timetables for 2003, 2005 and 2007 with the dates of key moments in each apparition.

...this is the book you'll want as your companion

A practical guide to observing Mars, it explains the equipment needed to look at the Red Planet and provides detailed timetables for observing it between now and 2008.