Articoli correlati a Endgame: A Play in One Act and Act without Words

Beckett, Samuel Endgame: A Play in One Act and Act without Words

Endgame: A Play in One Act and Act without Words 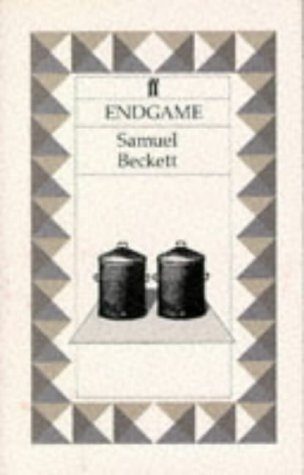 'Outside lies a world of death. Inside the room the blind, imperious Hamm sits in a wheelchair while his lame servant, Clov, scuttles about obeying his orders. Each depends fractiously on the other: Hamm alone knows the combination of the larder while Clov is his master's eyes and last remnant of human contact. The only other survivors are Hamm's legless parents, Nagg and Nell, who squat in upstage dustbins and die during the play.' Michael Billington, Guardian

Samuel Beckett was born in Dublin in 1906. He was educated at Portora Royal School and Trinity College, Dublin, where he graduated in 1927. His made his poetry debut in 1930 with Whoroscope and followed it with essays and two novels before World War Two. He wrote one of his most famous plays, Waiting for Godot, in 1949 but it wasn't published in English until 1954. Waiting for Godot brought Beckett international fame and firmly established him as a leading figure in the Theatre of the Absurd. He received the Nobel Prize for Literature in 1961. Beckett continued to write prolifically for radio, TV and the theatre until his death in 1989.