Articoli correlati a The Buddha of Suburbia.

Kureishi, Hanif The Buddha of Suburbia.

The Buddha of Suburbia. 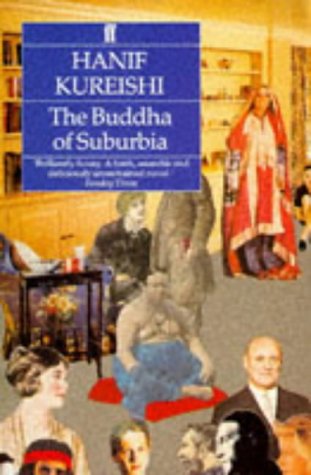 The winner of the Whitbread Best First Novel 1990, this is the story of Karim Amir, an Englishman born and bred - almost, who lives with his English mother and Indian father in the South London suburbs. It is written by the author of My Beautiful Launderette and Sammy and Rosie Get Laid.

Hanif Kureishi was born and brought up in Kent. He read philosophy at King's College, London. In 1981 he won the George Devine Award for his plays Outskirts and Borderline, and in 1982 he was appointed Writer-in-Residence at the Royal Court Theatre. In 1984 he wrote My Beautiful Laundrette, which received an Oscar nomination for Best Screenplay. His second screenplay Sammy and Rosie Get Laid (1987) was followed by London Kills Me (1991) which he also directed. The Buddha of Suburbia won the Whitbread Prize for Best First Novel in 1990 and was made into a four-part drama series by the BBC in 1993. His version of Brecht's Mother Courage has been produced by the Royal Shakespeare Company and the Royal National Theatre. His second novel, The Black Album, was published in 1995. With Jon Savage he edited The Faber Book of Pop (1995). His first collection of short stories, Love in a Blue Time, was published in 1997. His story My Son the Fanatic, from that collection, was adapted for film and released in 1998. Intimacy, his third novel, was published in 1998, and a film of the same title, based on the novel and other stories by the author, was released in 2001 and won the Golden Bear award at the Berlin Film Festival. His play Sleep With Me premièred at the Royal National Theatre in 1999. His second collection of stories, Midnight All Day, was published in 2000. Gabriel's Gift, his fourth novel, was published in 2001. The Body and Seven Stories and Dreaming and Scheming, a collection of essays, were published in 2002. His screenplay The Mother was directed by Roger Michell and released in 2003. In 2004 he published his play When The Night Begins and a memoir, My Ear At His Heart. A second collection of essays, The Word and the Bomb, followed in 2005. His screenplay Venus was directed by Roger Michell in 2006. His novel Something to Tell You was published in 2008.In July 2009 his adaptation of his novel, The Black Album, opened at the National Theatre, prior to a nation-wide tour. In 2010 his Collected Stories were published.He has been awarded the Chevalier de l'Ordre des Arts et des Lettres.

Descrizione libro Faber Faber Inc, 1991. Condizione: Good. . . All orders guaranteed and ship within 24 hours. Before placing your order for please contact us for confirmation on the book's binding. Check out our other listings to add to your order for discounted shipping. Codice articolo BOS-M-09h-00757

3. THE BUDDHA OF SUBURBIA.

Descrizione libro Viking (1990)., 1990. Paperback. Condizione: Good. Connecting readers with great books since 1972. Used books may not include companion materials, some shelf wear, may contain highlighting/notes, may not include cdrom or access codes. Customer service is our top priority!. Codice articolo S_282438914