Articoli correlati a Prick Up Your Ears: The Screenplay

Bennett, Alan Prick Up Your Ears: The Screenplay

Prick Up Your Ears: The Screenplay 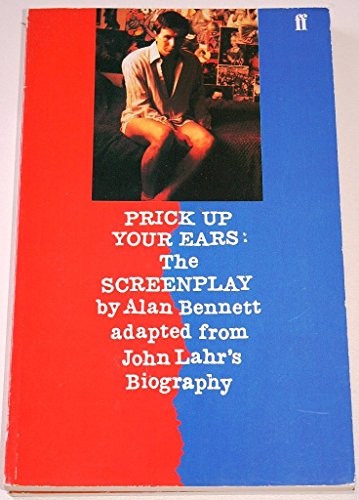 Alan Bennett has been one of our leading dramatists since the success of Beyond the Fringe in the 1960s. His television series Talking Heads has become a modern-day classic, as have many of his works for the stage including Forty Years On, The Lady in the Van (together with the screenplay), A Question of Attribution, The Madness of George III (together with the Oscar-nominated screenplay The Madness of King George), and an adaptation of Kenneth Grahame's The Wind in the Willows. At the National Theatre, London, The History Boys (also a screenplay) won numerous awards including Evening Standard and Critics' Circle awards for Best Play, an Olivier for Best New Play and the South Bank Award. On Broadway,The History Boys won five New York Drama Desk Awards, four Outer Critics' Circle Awards, a New York Drama Critics' Award, a New York Drama League Award and six Tonys. The Habit of Art opened at the National in 2009; in 2012, People, as well as the two short plays Hymn and Cocktail Sticks, was also staged there.

Alan Bennett's collection of prose, Keeping On Keeping On, publishes in October 2016. Of his two previous collections, Writing Home was a number one bestseller and Untold Stories won the PEN/Ackerley Prize for autobiography, 2006. Bennett's Six Poets, Hardy to Larkin, An Anthology, was published in 2014. Fiction includes The Uncommon Reader and Smut: Two Unseemly Stories., ALAN BENNETT has been a leading dramatist since Beyond the Fringe in the 1960s. His works for stage and screen include Talking Heads, Forty Years On, The Lady in the Van, A Question of Attribution, The Madness of George III, an adaptation of The Wind in the Willows, The History Boys, The Habit of Art, People, Hymn and Cocktail Sticks. His previous collections of prose are Writing Home and Untold Stories (PEN/Ackerley Prize, 2006). Six Poets contains Bennett's selection of English verse, accompanied by his commentary. Recent fiction includes The Uncommon Reader and Smut: Two Unseemly Stories.

1. Prick Up Your Ears: The Screenplay Bennett, Alan