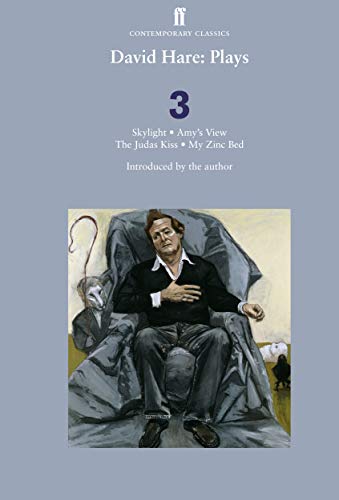 This is a new collection of some of David Hare's finest work, including Skylight (Winner of the Laurence Olivier Award for Best New Play, 1996), Amy's View, The Judas Kiss and My Zinc Bed.

David Hare Plays 3, containing Skylight, Amy's View, The Judas Kiss and My Zinc Bed, is an essential collection for fans of the best in contemporary theatre.

David Hare is one of Britain's most internationally performed playwrights. He was born in Sussex in 1947. Thirteen of his plays have been presented at the National Theatre, including a trilogy about the Church, the Law and the Labour Party - Racing Demon, Murmuring Judges and The Absence of War - which was presented in repertory in the Olivier Theatre in 1993. His most recent play, The Vertical Hour, was staged at the Royal Court Theatre, London, in 2008. Ten of his best-known plays, including Plenty, The Secret Rapture, Skylight, The Blue Room, Amy's View, The Judas Kiss, Via Dolorosa - in which he performed - and The Vertical Hour have also been presented on Broadway.