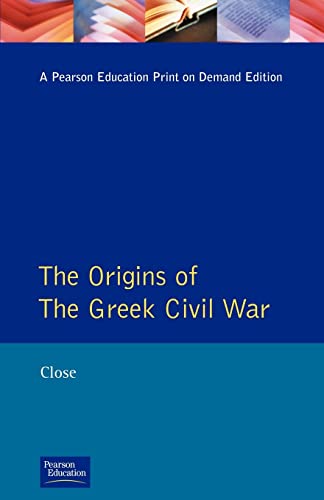 The Greek Civil War (1943--50) was a major conflict in its own right, developing out of the rivalry between communist and conservative partisans for control of Greece as the Axis forces retreated at the end of the Second World War. Spanning the transition from World War to Cold War, it also had major international consequences in keeping Greece (alone of all the Balkan nations) out of the Communist bloc and stopping the Soviets reaching the Mediterranean. Yet it has received less attention than it deserves from historians. In this striking and original study, David Close does justice to both the domestic context of the conflict and also to its international significance.

'David Close's superb new studyxxx;offers the most articulate and comprehensive expression to date of a new approach to the war. It is difficult not to praise the book too highly. It is based on extensive and imaginative research and will surely help to bring Greek history and historiography into a wider domain.'

Mark Mazower in the Journal of Modern Greek Studies

9. The Origins of the Greek Civil War