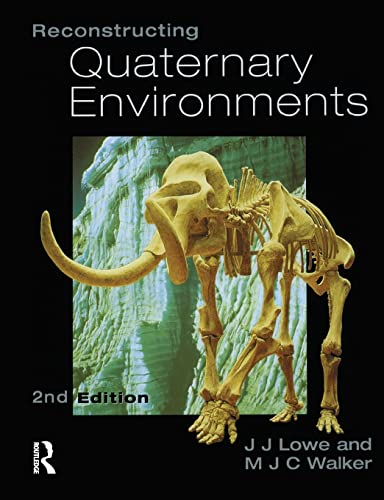 Examines the various forms of evidence used to establish the history and scale of environmenal changes during the Quaternary. The evidence is extremely diverse, ranging from landforms and sediments to fossil assemblages and isotope ratios, bringing the book fully up to date since its last publication.

J. J. Lowe is Professor of Geography and Quaternary Science at the Centre for Quaternary Research, Royal Holloway, University of London.


This second edition of Reconstructing Quaternary Environments has been revised and updated to provide a new look at the various forms of evidence that can be used to establish the history and scale of environmental changes during the Quaternary. The evidence is extremely diverse, ranging from landforms and sediments, to fossil assemblages and stable isotope ratios. Dating methods are described and evaluated, and the principles and problems of Quaternary stratigraphy and correlation are also considered.

The volume concludes with a new final chapter which examines the evidence for environmental change in the North Atlantic region during the course of the last 130,000 years. This synthesis not only serves to exemplify the methods and approaches that have been described earlier in the book, but it also introduces a number of exciting new ideas that have emerged during the past decade about the patterns and causes of climatic change, as well as the nature of the environmental responses that these induced.