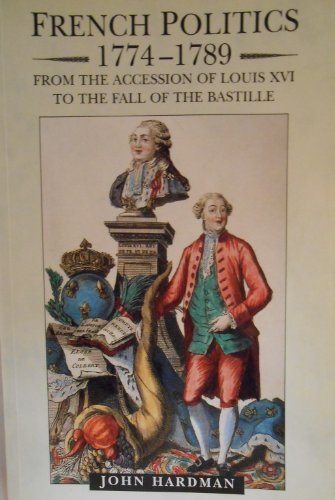 In this major study, John Hardman examines the political system in France in the closing years of the Ancient Regime. Although he considers the political origins of the Revolution, his main emphasis is not on the coming storm but on the way the country was governed under the system so soon to be swept away. The questions he addresses - all of them basic, yet many are being answered here for the first time - include what the political institutions and underlying power structures were; who operated and controlled them; how and why ministers were appointed and dismissed; where and how decisions were taken; how far the royal administration stemmed from the king himself; and what his roles in theory and practice actually were.

John Hardman was a Lecturer in the Department of History at the University of Edinburgh from 1969 to 1983.