Articoli correlati a The Lonely Londoners 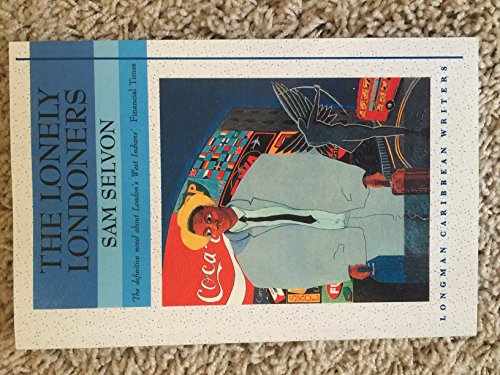 Looking for a better life a group of West Indians face harsh conditions in London, including racism, bad weather, loneliness, and hard times

This is Selvon's best work. It explores the lives of a group of West Indians mainly Trinidadians and Jamaicans who leave the Caribbean to live in London. They came looking for a better life and what they found was bitter coldness both from the unforgivable winters and the cold prejudice of the people they encounter.
They experience hunger and hopelessness, discrimination for jobs and on the job but they are able to survive.
It tells much about the spirit of the West Indian abroad.
I would recommend this book to anyone who both want to learn more about West Indian people and who enjoy a good laugh.
It is Selvon at his best.

Samuel Selvon (the unusual Indian surname appears to be Tamil) was born on 20 May 1923, into a middle-class Presbyterian family in San Fernando, the southern city of Trinidad. His half-Scottish, half-Indian mother looked after the home, while his Madrasee father tended his dry-goods store in San Fernando. His mother, who spoke Hindi and English fluently, encouraged her children to be similarly bilingual, but Sam confesses that he eventually managed only a few swear words and common phrases. Young Sam attended two Canadian Mission primary schools. One in San Fernando, and the other nearby. He remembers fondly that at the latter, Grant C M School, he received warm encouragement in English Composition from a particular teacher. Sam moved on to Naparima College in San Fernando, another Canadian Mission institute, and during an undistinguished academic career, developed an abiding love for his two favourite subjects, English Language and English Literature. It was at Naparima College that he became a voracious reader.

In 1944, Selvon won a short story contest with a piece submitted to The Naval Bulletin, a publication of RNVR. He wrote both prose and poetry, often discarding what he wrote. One poem, however, was kept, and was later broadcast on the BBC radio programme 'Caribbean Voices' while Selvon was still in Trinidad. From RNVR, at the end of World War II, Selvon became a wireless operator with the Port of Spain Gazette, and shortly after, moved to the rival Trinidad Guardian. He spent three years with the newspaper, and left as sub-editor of special features.

Feeling that Trinidad was stifling his growing interest in creative writing, Selvon left for England in March, 1950, aboard the same ship as George Lamming, whom he had met before but did not know well. In London, Selvon, unable to secure a position in journalism, freelanced, publishing articles on various subjects. He later became a clerk in the Indian Government Civil Service Department in London. Needing a change, after twenty-eight years, Selvon left England in 1978 for Canada, where he resides. At present, he is writer-in-residence at the University of Calgary, teaching and working on a new novel, which seeks to explore the rich intricacies of the  Trinidadian psyche.