Articoli correlati a Flowers of Field and Meadow: Britain and Europe (Nature... 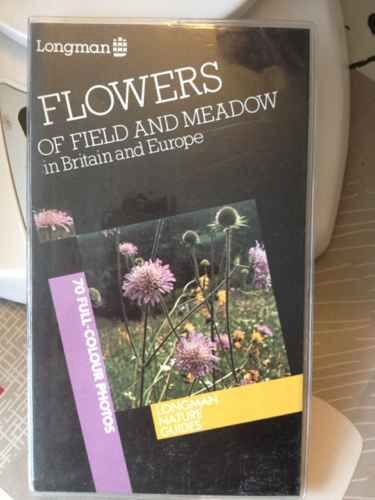 This is a brief guide to the flowers of meadows and grass-. It includes flowers that grow over much of western
Tope. Most of these are flowers that grow in Britain, but some of them are much rarer here than on parts of the con-ment. or have a very limited range in Britain. A few of the sewers cannot be seen growing wild in Britain, but may be seen in cultivation, or may attract attention on a continental holiday.
Only grassland flowers are included, although some kinds may be found in other habitats too, such as woodland edges or sparse woods where plenty of light reaches the ground. Britain lacks some of the types of grassland seen on the continent, such as alpine meadows, and many of the grassland types that do occur have been altered in recent years in ways that do not suit the flowers. The very word meadow, which used to conjure up a vision of a profusion of wild flowers, is now itself becoming a rarity, as fewer and fewer farms contain anything which could truthfully be termed a meadow. There are still many places, however, whereit is possible to find an abundance of wild flowers. Anyone who starts looking for flowers will soon realise that many of them are rather precise in their requirements, and will grow or flourish only where these are met. Grassland may be wet or dry; acid, basic or neutral; sunny or shady; highland or lowland; heavily-used for grazing, or used very little. All these factors, and others too, may determine the mix of plants found at a particular site.

1. Flowers of Field and Meadow: Britain and Europe (Nature Guides)

Descrizione libro Paperback. Condizione: Very Good. The book has been read, but is in excellent condition. Pages are intact and not marred by notes or highlighting. The spine remains undamaged. Codice articolo GOR003143601

2. Flowers of Field and Meadow: Britain and Europe (Nature Guides)

Descrizione libro Longman, 1986. Paperback. Condizione: Good. All orders are dispatched the following working day from our UK warehouse. Established in 2004, we have over 500,000 books in stock. No quibble refund if not completely satisfied. Codice articolo mon0005140625

3. Flowers of Field and Meadow

4. Flowers of Field and Meadow: Britain and Europe (Nature Guides)