Articoli correlati a The Grass is Singing

Lessing, Doris The Grass is Singing

The Grass is Singing 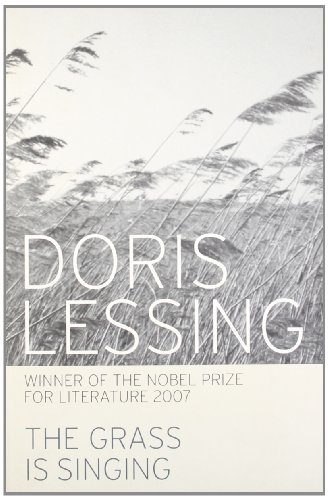 The classic first novel from the winner of the Nobel Prize for Literature 2007.

Doris Lessing brought the manuscript of ‘The Grass is Singing’ with her when she left Southern Rhodesia and came to England in 1950. When it was first published it created an impact whose reverberations we are still feeling, and immediately established itself as a landmark in twentieth-century literature.

Set in Rhodesia, it tells the story of Dick Turner, a failed white farmer and his wife, Mary, a town girl who hates the bush. Trapped by poverty, sapped by the heat of their tiny brick and iron house, Mary, lonely and frightened, turns to Moses, the black cook, for kindness and understanding.

A masterpiece of realism, ‘The Grass is Singing’ is a superb evocation of Africa’s majestic beauty, an intense psychological portrait of lives in confusion and, most of all, a passionate exploration of the ideology of white supremacy.

‘Original and striking...full of those terrifying touches of truth, seldom mentioned but instantly recognised.’ New Statesman

‘Doris Lessing responds more passionately than most writers to people or situations: often she responds with hate or rancour, but always with passion. In “The Grass is Singing”, you can feel the dynamo-like throb of a formidable talent; by its side, most novels of 1950 look like crochet-work.’ The Times

‘“The Grass is Singing” focuses on the blighted life of a woman whose spirit is destroyed by a disastrous marriage and by an environment to which she couldn’t respond. More than any other white African writer of her generation, Doris Lessing is aware of the seductive cruelty of colonialism, and is one of our strongest, fiercest voices against injustice, racism and sexual hypocrisy.’ Independent on Sunday

Doris Lessing is one of the most important writers of the twentieth century and was awarded the Nobel Prize for Literature 2007. Her first novel, 'The Grass is Singing', was published in 1950. Among her other celebrated novels are 'The Golden Notebook', 'The Fifth Child' and 'Memoirs of a Survivor'. She has also published two volumes of her autobiography, 'Under my Skin' and 'Walking in the Shade'. Doris Lessing died on 17 November 2013 at the age of 94.

1. The Grass is Singing