Articoli correlati a The King - Denis Law - The Autobiography

The King - Denis Law - The Autobiography 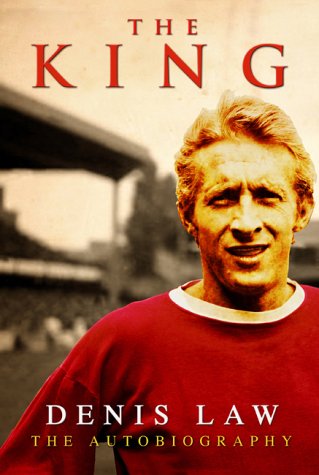 "Denis was the best in the business, he could score goals from a hundredth of a chance never mind half of one". George Best. In the 1960s, Denis Law was the King of Old Trafford. When it came to scoring goals, Law was the master, a mercurial genius. Loved by the fans because he always gave his all on the pitch, this fierce Scotsman fought for everything and was afraid of nothing. Having played for Huddersfield and Torino, Law joined United for a new British record transfer fee of #115,000 in August 1962. He scored two goals in his debut game and many more were to follow -160 of them in only 222 games over his first five seasons. Many of them were outrageous, some seemingly impossible, but everything was done with a confident arrogant style the fans found irresistible. Law won the European Footballer of the Year award in 1964 and captained Manchester United on several occasions, helping them win the league twice, in 1965 and 1967, as a member of the legendary trio of Best, Law and Charlton. His 55 Scotland caps include many a clash with England, most famously when they beat the then World Cup holders 3-2 at Wembley in 1967. This book tells the extraordinary story of an Aberdeen boy made good - from humble beginnings Denis Law reached the very pinnacle of soccer fame. Containing entertaining anecdotes about the likes of George Best, Matt Busby and Jimmy Greaves, Denis also lets us know in no uncertain terms his views on the modern game.

Denis Law:
Born in Aberdeen in 1940, Denis Law made his footballing debut for Huddersfield in 1956. He moved to Manchester City and then Torino before joining Manchester United in 1962, where he played until 1973 when he returned to City.