Articoli correlati a The Flag Maker 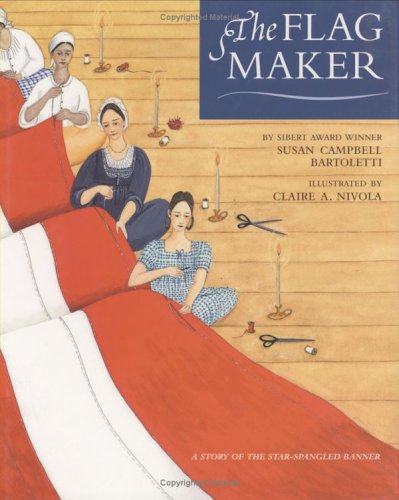 Offers a look at the history of the American flag, its creation, the songs it has inspired, and the origin of its nickname as the Star-Spangled Banner through a look at those who played a part in its creation and its symbolic importance to a developing nation.

"In this accomplished work of picture book nonfiction, Bartoletti explores a hallowed event in U.S. history: the British attack of Fort McHenry in 1813 and the celebrated resilience of its garrison flag... The book's resonance owes as much to the delicate watercolors as to Bartoletti's controlled storytelling." Booklist, ALA, Starred Review

As inspiring as it is elegantly turned out, this will add unusual dimension to a famous episode in our national story.
Kirkus Reviews

The Flag Maker Campbell Bartoletti, Susan and Nivola, Claire A.