Articoli correlati a Europe and the Sea

Europe and the Sea 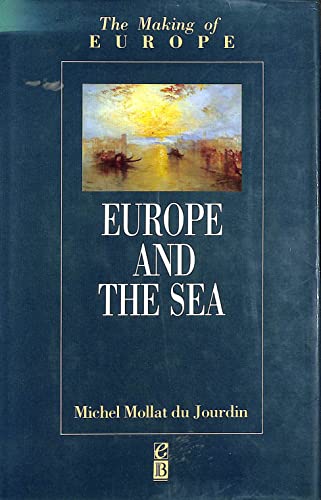 Seen from a satellite, Europe is a tiny peninsula hemmed in by seas. In this account, Michel Mollat examines the many ways in which Europe's proximity to the sea has affected and continues to affect its history. Ranging from ancient Greece to the present, the author traces the history of the maritime nations and their interactions, and the gradual exploration, understanding and exploitation of the entire world. He also considers the way in which dominance of the great sea lanes, first by Spain, then by Holland, and then for more than two centuries by Great Britain, materially affected the fortunes of those countries. The author describes the development and distinctive characteristics of the great European ports, the great sea battles by which European differences were frequently resolved, and the centuries-long connivance with and struggle against pirates and piracy. The author concludes with a series of portraits of those who depend on the sea for their livelihoods, from the salters and fishermen, to the in-shore and long-distance navigators, as well as of the artistic communities which have so frequently chosen the coast to develop characteristic appreciations of the natural world. This is a book which should appeal to historians and geographers, and to all those interested in maritime history.

1. Europe and the Sea (Making of Europe)