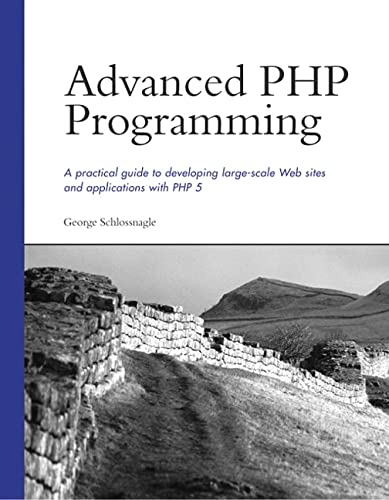 Over the past three years PHP has evolved from being a niche language used to add dynamic functionality to small sites to a powerful tool making strong inroads into large-scale, business-critical Web systems.

The rapid maturation of PHP has created a skeptical population of users from more traditional "enterprise" languages who question the readiness and ability of PHP to scale, as well as a large population of PHP developers without formal computer science backgrounds who have learned through the hands-on experimentation while developing small and midsize applications in PHP.

While there are many books on learning PHP and developing small applications with it, there is a serious lack of information on "scaling" PHP for large-scale, business-critical systems. Schlossnagle's Advanced PHP Programming fills that void, demonstrating that PHP is ready for enterprise Web applications by showing the reader how to develop PHP-based applications for maximum performance, stability, and extensibility.

George Schlossnagle is a principal at OmniTI Computer Consulting, a Maryland-based tech company that specializes in high-volume Web and email systems. Before joining OmniTI, he led technical operations at several high-profile community Web sites, where he developed experience managing PHP in very large enterprise environments. He is a frequent contributor to the PHP community and his work can be found in the PHP core, as well as in the PEAR and PECL extension repositories.

Before entering the information technology field, George trained to be a mathematician and served a two-year stint as a teacher in the Peace Corps. His experience has taught him to value an interdisciplinary approach to problem solving that favors root-cause analysis of problems over simply addressing symptoms.