Articoli correlati a The Bluest Eye 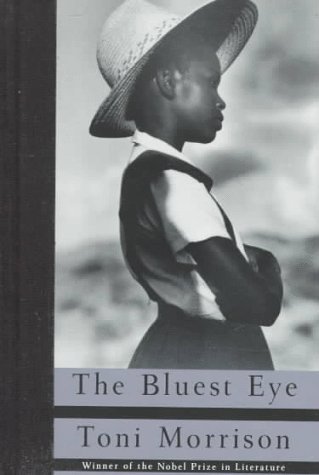 The Bluest Eye, published in 1970, is the first novel written by Toni Morrison, winner of the 1993 Nobel Prize in Literature.

It is the story of eleven-year-old Pecola Breedlove--a black girl in an America whose love for its blond, blue-eyed children can devastate all others--who prays for her eyes to turn blue: so that she will be beautiful, so that people will look at her, so that her world will be different. This is the story of the nightmare at the heart of her yearning and the tragedy of its fulfillment.

“So precise, so faithful to speech and so charged with pain and wonder that the novel becomes poetry.”
—The New York Times

“A profoundly successful work of fiction. . . . Taut and understated, harsh in its detachment, sympathetic in its truth...it is an experience.” —The Detroit Free Press

“This story commands attention, for it contains one black girl’s universe.”
—Newsweek
From the Trade Paperback edition.

Toni Morrison is the author also of Sula, Song of Solomon, Tar Baby, Beloved (awarded the Pulitzer Prize in 1988), and Jazz.