Articoli correlati a Byzantium and the Decline of the Roman Empire

Kaegi, Walter Emil Byzantium and the Decline of the Roman Empire

Byzantium and the Decline of the Roman Empire 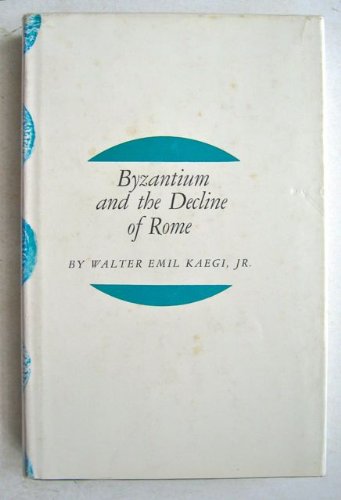 Professor Kaegi studies the response of the eastern half of the Roman Empire to the disintegration of western Rome, usually dated from the sack of the city of Rome in A.D. 410. Using sources from the fifth and sixth centuries, he shows that the eastern empire had a clear awareness of, interest in, and definite opinions on the disasters that befell Rome in the west. Religious arguments, both Pagan and Christian, tended to dominate the thinking of the intellectuals, but economic and diplomatic activity also contributed to the reaction. This reaction, the author finds, was in a distinctly eastern manner and reflected quite naturally the special conditions prevailing in the eastern provinces. Originally published in 1968. The Princeton Legacy Library uses the latest print-on-demand technology to again make available previously out-of-print books from the distinguished backlist of Princeton University Press. These editions preserve the original texts of these important books while presenting them in durable paperback and hardcover editions. The goal of the Princeton Legacy Library is to vastly increase access to the rich scholarly heritage found in the thousands of books published by Princeton University Press since its founding in 1905.

1. BYZANTIUM AND THE DECLINE OF ROM

2. Byzantium and the Decline of Rome Walter Emil Kaegi