Articoli correlati a Currency and Coercion: The Political Economy of Internationa...

Currency and Coercion: The Political Economy of International Monetary Power 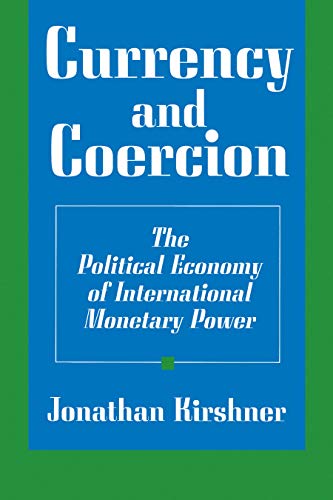 Jonathan Kirshner here examines how states can and have used international currency relationships and arrangements as instruments of coercive power for the advancement of state security. Kirshner lays the groundwork for the study of what he calls monetary power by providing a taxonomy of the forms that such power can take and of the conditions under which it can have effect. He then establishes the actual existence of monetary power by showing how the taxonomy is supported by the historical record, including cases from nations from all over the globe and throughout the twentieth century. He uncovers how monetary power is affected by different monetary regimes, the sources of its success and failure, and the factors that lead states to turn to its use.

Kirshner thus succeeds in developing a generalized framework for the analysis of an important yet neglected form of state power that is likely to be of increasing importance in the post-Cold War era. Although some distinguished scholars have touched on the issue of monetary power, there has been until now no standard text on the subject. Integrating security studies and international political economy, this book is a timely synthesis that will be important to the entire discipline of international relations.

"It is the rich cornucopia of historical studies that will make Currency and Coercion of enduring value....These studies are well documented, clearly written, and serve to highlight the important role of "monetary power" in world politics."--David M. Andrews, Mershon International Studies Review

Jonathan Kirshner is Assistant Professor of Government at Cornell University.