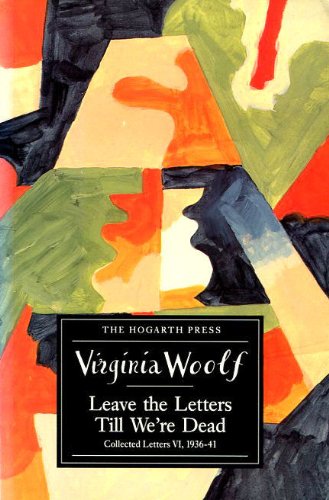 The last volume of Virginia Woolf's "Collected Letters" runs from 1936, when she was finishing "The Waves", to 1941, when she drowned herself. But there is little or no shadow of impending tragedy over her sparkling correspondence with Vanessa, Vita, Ethel Smyth and her many other friends, such as T.S. Eliot, John Lehmann and Stephen Spender; nor did it curtail her writing: apart from "The Years", she published "Three Guineas" and her biography of Roger Fry, and wrote "Between the Acts". When war came Virginia and Leonard, bombed out of Bloomsbury, lived at their cottage in Sussex, exposed to the air-battles and under threat of invasion, and it was here that she committed suicide in March 1941.

Descrizione libro Chatto and Windus, 1994. Paperback. Condizione: Used; Good. Dispatched, from the UK, within 48 hours of ordering. This book is in good condition but will show signs of previous ownership. Please expect some creasing to the spine and/or minor damage to the cover. Aged book. Tanned pages and age spots, however, this will not interfere with reading. Codice articolo CHL6304512