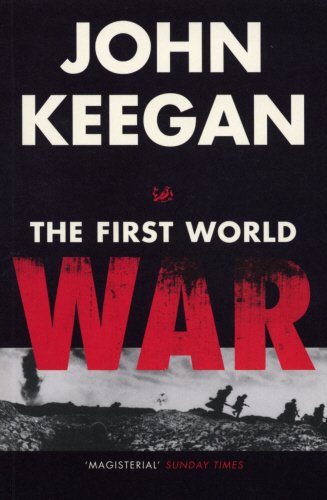 The First World War created the modern world. A conflict of unparalleled ferocity far beyond its European epicentre, it broke the century of relative peace and prosperity which we associate with the Victorian era. It unleashed both the demons of the twenieth century - pestilence, military destruction and mass death - and the ideas which continue to shape our world today - modernism in the arts, new approaches to psychology and medicine, and radical ideas about economics and society. An event of this scale and complexity needs a great historian to portray it, and in his new book, John Keegan fulfils a life-long ambition to write the definitive book on the war. It was of course foremost a fascinating new interpretations of the military events. But the war also acted as a formidable engine for social change throughout the world, and this too is brilliantly conveyed in Keegan's fascinating and magisterial work.

"Nobody describes a battle as Keegan does, vividly relating the unfolding events to the contours of the field of combat... This book is a kind of war memorial. As first-hand memory fades, The First World War honours the dead as only true history can." (Niall Ferguson Sunday Times)

"John Keegan's The First World War can take its place alongside the other defining works he has written... The best and most approachable introduction to the war." (David Horspool Guardian)

"A splendidly readable account of the war on all fronts, from its political and cultural origins to its bloody conclusion... Compelling." (Max Wilkinson Financial Times)

A major work by our greatest military historian, acclaimed as the definitive history of the First World War, the conflict that shaped the twentieth century.