Articoli correlati a The Pity of War

Ferguson, Niall The Pity of War

The Pity of War 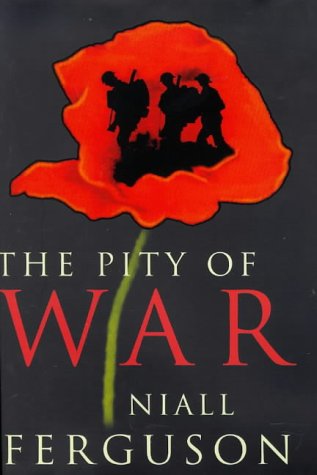 More than any other event, the First World War made the twentieth century what it has been. Now, as the century draws to a close, eighty years after the Armistice of 11 November 1918, the time is right for a radical reassessment of the 'Great War'. In this boldly conceived book, aimed to appeal not only to students but also to the general reader, Niall Ferguson explodes many of the myths surrounding the war.

Niall Ferguson is one of Britain's most renowned historians. He is the Laurence A. Tisch Professor of History at Harvard University, a Senior Fellow of the Hoover Institution, Stanford University, and a Visiting Professor at Tsinghua University, Beijing. He has written fourteen books, including The House of Rothschild, Empire, The War of the World, The Ascent of Money, The Great Degeneration and Kissinger, 1923-1968: The Idealist. His many prizes include the Benjamin Franklin Prize for Public Service (2010), the Hayek Prize for Lifetime Achievement (2012) and the Ludwig Erhard Prize for Economic Journalism (2013).

The Pity of War