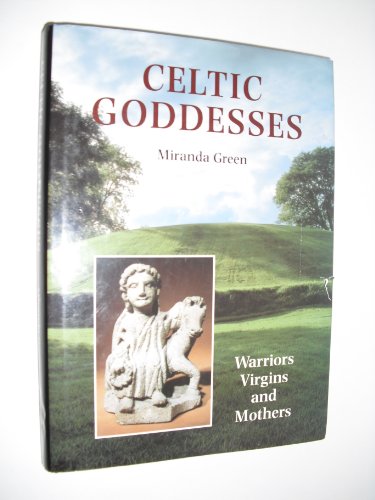 Celtic goddesses presided over war, nature, animals, healing and fertility. Considerable recent interest has been focused on the role of goddesses in ancient societies, though not always with a clear eye on the actual source material. This book, written by one of the leading scholars of Celtic myth and religion, examines the significance of the female in Celtic belief and ritual as expressed in surviving archaeological remains and written sources.
Divine and semi-divine females abound in Welsh and Irish myths, often associated with themes of virginity and sexuality, promiscuity and destruction. The concept of partnership is a prominent aspect of Celtic religion and myth, and it is possible to trace evidence of the divine marriage in both European iconography and Irish myth. Interestingly, the female is sometimes the dominant partner.
Terrifying battle goddesses were invoked in times of war, often believed to change into raven-form as harbingers of death. A Mother Goddess was venerated, often in triple form, and supplicated for fertility of animals and crops. Goddesses were often linked with animals: birds, dogs, bears, pigs and snakes all had their divine protectresses. The great Celtic horse-goddess Epona even had a Roman festival dedicated to her. The transition from polytheistic paganism to monotheistic Christianity in the Celtic west is examined in a final chapter.