Articoli correlati a Jewellery in the Age of Queen Victoria: A Mirror to...

Gere, Charlotte; Rudoe, Judy Jewellery in the Age of Queen Victoria: A Mirror to the World

Jewellery in the Age of Queen Victoria: A Mirror to the World 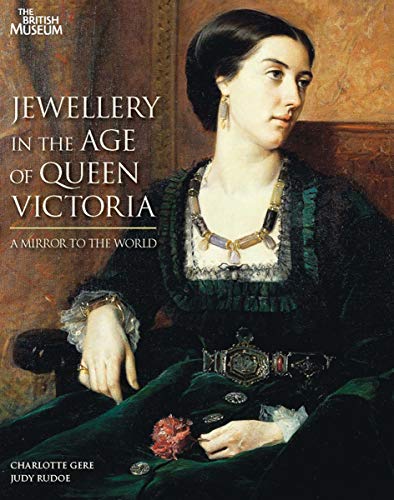 This book rewrites the history of jewellery in the age of Victoria. The ‘age of Victoria’ is taken in its widest sense to encompass jewellery made throughout Europe and America, displayed at the great international exhibitions and distributed through foreign trade, illustrated publications and a burgeoning tourist industry. Throughout, links with other disciplines will provide both the specialist and the non-specialist with the information to understand how jewellery permeated all walks and conditions of life in the 19th century. The focus of the book is on the attitudes of owners to their jewellery and the symbolic weight that it was expected to carry. Rather than concentrating on the major figures at the top end of the jewellery trade, it is oriented towards the social aspects of owning, wearing and displaying jewellery. For example, novelists used jewellery to add a moral or metaphorical dimension to a character, while jewels depicted in portraits often carried multiple messages which could be immediately decoded by the viewer. The achievements of science, the fascination with nature and the Victorian sense of humour are all embodied in jewellery. Topics discussed in depth include the importance of jewellery in the life of the Queen herself, jewellery and dress, the language of jewellery, the cult of novelty, the importance of nationalism in the revival of historical styles, and the contribution of archaeological discoveries. The volume is sumptuously illustrated with contemporary reportage, photographs and portraits as well as examples of jewellery from the British Museum and other collections.

Charlotte Gere is a specialist in 19th-century art and design, who has published widely on European and American jewellery and interior decoration. Her books include the pioneering Victorian Jewellery Design (1972) and Artists' Jewellery: Pre-Raphaelite to Arts and Crafts. Judy Rudoe is the curator responsible for the British Museum's 19th and 20th century collections; her books include Decorative Arts 1850-1950: A Catalogue of the British Museum Collection and Cartier 1900-1939. Both were the principal authors of The Art of the Jeweller, the catalogue of the Hull Grundy Gift of jewellery at the British Museum.