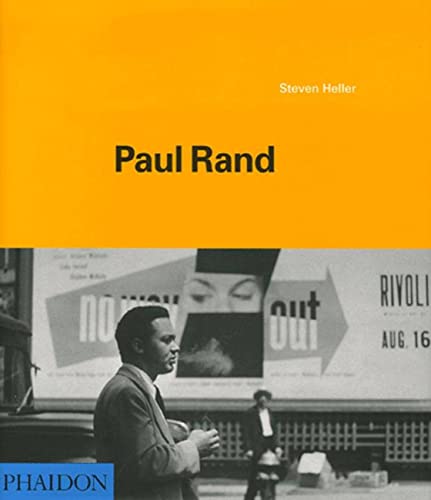 Paul Rand (1914-96) was a pioneering figure in American graphic design. Adopting what he called a 'problem-solving' approach, he drew on the ideas of European avant-garde art movements such as Cubism, Constructivism and De Stijl, and synthesized them to produce his own distinctive graphic language. As an art director, teacher, writer and design consultant to major companies including IBM, Oliveti and Ford, he was a major force and influence in the field of graphics and visual communication and enjoyed a committed following. Rand's career spanned almost seven decades and numerous chapters of design history. Rand's own books are solidly thematic, whereas this definitive collection of his key published and proposed works is medium-driven. It explores the full range of his advertising, publishing and corporate identity work. The distinguished Swiss graphic designer Armin Hofmann, who taught with Rand at Yale University, contributes a foreword; George Lois, one of the most eminent figures in advertising and a follower of Rand, writes an inspiring introduction; and Jessica Helfand, one of Rand's former Yale students and a highly respected design writer, has captured his educational achievements in a lively concluding essay.