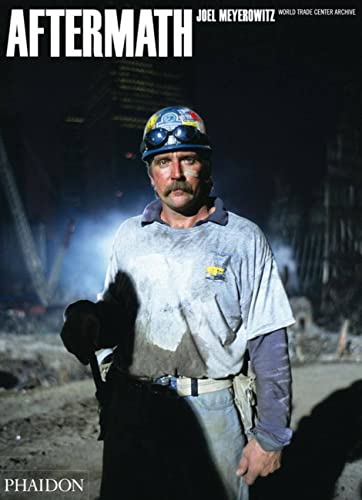 A collection of photographs documents the destruction done to the World Trade Center in the September 11 attacks and the next nine months of work to clear the debris in Ground Zero.

Joel Meyerowitz is an award-winning photographer, whose work has appeared in more than 350 exhibitions in museums and galleries around the world, including The Museum of Modern Art and The Art Institute of Chicago. He is the author of over 15 books and is currently at work editing his retrospective book Taking My Time: An Autobiography in Pictures to be published by Phaidon Press in 2012. He is a Guggenheim fellow and a recipient of both the NEA and NEH awards. He has lectured extensively at such venues as The Library of Congress, The Institute for Cultural Diplomacy, The American Embassy in Rome, The Boston Museum of Fine Arts and many major universities and has appeared on such programs as "CBS Sunday Morning," "Weekend Today," "Good Morning America" and "Nightline." Born in 1938, he lives in New York City.

Descrizione libro Phaidon, UK, 4070. Hardcover. Condizione: New. After the destruction of the World Trade Center in New York on September 11th 2001, the world-renowned photographer Joel Meyerowitz felt compelled to visit the site. In his own words, he was 'overcome by a deep impulse to help, to save, to soothe, but, being far away, there was nothing I could do'. On his return Meyerowitz soon made his way to the scene where, upon raising his camera, he was reminded by a police officer that this was a crime scene and that no photographs were allowed. Meyerowitz duly left the scene but within a few blocks the officer's reminder had turned into consciousness. To Meyerowitz, 'no photographs meant no history' and he decided at that moment to find a way in and make an archive for the City of New York.\n\nWithin days he had established strong links with many of the firefighters, policemen and construction workers contributing to the clean up. With their assistance he became the only photographer to be granted unimpeded access to Ground Zero. Once there he systematically began to document the wreckage followed by the necessary demolition, excavation and removal of tens of thousands of tonnes of debris that would transform the site from one of total devastation to level ground. Soon after the Museum of the City of New York officially engaged Meyerowitz to create an archive of the destruction and recovery at Ground Zero. The 9/11 Photographic Archive numbers in excess of 5,000 images and will become part of the permanent collections of the Museum of the City of New York.\n\nMeyerowitz takes a meditative stance toward the work and workers at Ground Zero, methodically recording the painful work of rescue, recovery, demolition and excavation. His pictures succinctly convey the magnitude of the destruction and loss and the heroic nature of the response. The images included here are a combination of prints from a large format camera, which allows for the greater detail, and standard 35mm, a format which provided Meyerowitz with the freedom to move easily around the site and capture each moment as it happened.\n\nThe remarkable pictures in the archive visually relate the catastrophic destruction of the 9/11 attacks and the physical and human dimensions of the recovery effort. The aim of this book is to provide a record of the extraordinary extent of the World Trade Center attacks and to document the recovery efforts. The book will serve as both a poignant elegy to those who lost their lives and as a celebration of the tireless determination of those left behind to reclaim and rebuild the area known as 'Ground Zero'.\n\nTwenty-eight of the images from the archive were displayed in New York and then in over fifty cities around the world in a travelling exhibition entitled After September 11: Images from Ground Zero.\n\nABOUT THE AUTHOR \nBorn in 1938 in New York City, Meyerowitz went to Ohio to study painting and medical drawing at the State University but moved back to New York to work in advertising as an art director-designer. He began to take photographs at this time and left his job to concentrate on photography as a career. Shooting film in black and white, he travelled around the United States for three months after which he was offered a Guggenheim Scholarship to take pictures on the theme of 'leisure time'.\n\nHowever Meyerowitz has had his greatest influence as an early advocate of colour photography. He was instrumental in changing the attitude toward the use of colour from one of resistance to nearly universal acceptance. His subject matter altered from incidents on city streets shot with a small 35mm camera to the large format field photograph. He has been awarded the title Photographer of the Year by the Friends of Photography, San Francisco. His work is in the collections of the Museum of Modern Art and the Metropolitan Museum of Art, and has been exhibited and published worldwide.\n\nISBN-13: 9780714862125\nHardback\n380 x 275 mm, 15 x 10 7/8 in\n350 pp, 400 colour illustrations. Codice articolo 3325