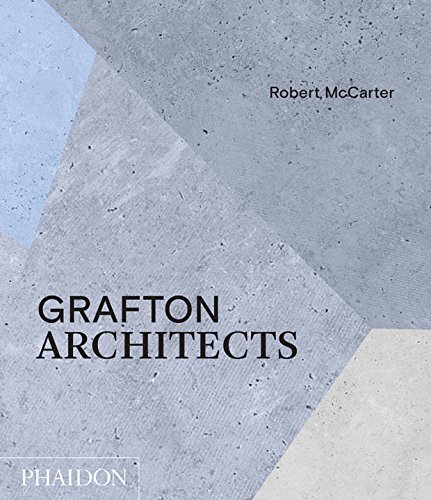 Dublin-based Grafton Architects (founded by Yvonne Farrell and Shelley McNamara in 1978) has built up an impressive body of work over its 40-year history, ranging from houses in Ireland to public buildings in Italy, France, the UK, and Peru. In this long-overdue study, respected architectural writer and critic Robert McCarter presents 60 of Grafton's built and unbuilt projects and brings to light their principled and ethical approach, which is committed to making a profound difference to the lives of their buildings' users.

Robert McCarter is a practicing architect and has been Ruth and Norman Moore Professor of Architecture at Washington University in St. Louis since 2007. He taught previously at the University of Florida, where he was Director of the School of Architecture from 1991?2001, and Columbia University, among other schools. He has written for numerous international publications, and his books include: Grafton Architects (2018); Marcel Breuer (2016); Steven Holl (2015); Alvar Aalto (2014); Carlo Scarpa (2013); Understanding Architecture, co-authored with Juhani Pallasmaa (2012); and Louis I Kahn (2005), all by Phaidon Press. He has also published The Work of MacKay-Lyons Sweetapple Architects: Economy as Ethic (2017); The Space Within: Interior Experience as the Origin of Architecture (2016); and Aldo van Eyck (2015), among other books.