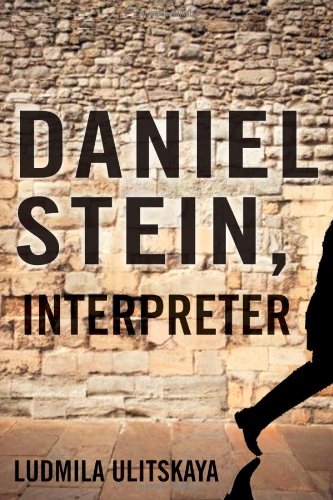 Daniel Stein, a Polish Jew, miraculously survives the Holocaust by working in the Gestapo as an interpreter. After the war, he converts to Catholicism, becomes a priest, enters the Order of Barefoot Carmelites and emigrates to Israel. Despite this seeming impossibility, the life and destiny of Daniel Stein are not an invention, the character is based on the life of Oswald Rufeisen, the real Brother Daniel, a Carmelite monk. In Daniel Stein, Interpreter, Daniel s ability and willingness to communicate with all cultures, to translate across linguistic and cultural divides, assures his freedom and stands as a symbol of love, humanity and tolerance.

'Ludmila Ulitskaya arrives here not just as a shrewd novelist, but as a wise and evocative artist.' --The Philadelphia Inquirer

'One of the most important living Russian writers.' --Gary Shteyngart, author of The Russian Debutante s Handbook

Ludmila Ulitskaya was born in the Urals. Shortly before perestroika she became Repertory Director of the Hebrew Theatre of Moscow. She is the author of fourteen fiction books, three children's books and six plays. She is Russia's bestselling novelist.

Descrizione libro Hardcover. Condizione: Used; Good. Dispatched, from the UK, within 48 hours of ordering. This book is in good condition but will show signs of previous ownership. Please expect some creasing to the spine and/or minor damage to the cover. Codice articolo CHL7340072

Descrizione libro Condizione: Good. A+ Customer service! Satisfaction Guaranteed! Book is in Used-Good condition. Pages and cover are clean and intact. Used items may not include supplementary materials such as CDs or access codes. May show signs of minor shelf wear and contain limited notes and highlighting. Codice articolo 0715641638-2-4

Descrizione libro Hardcover. Condizione: Good. Connecting readers with great books since 1972. Used books may not include companion materials, some shelf wear, may contain highlighting/notes, may not include cdrom or access codes. Customer service is our top priority!. Codice articolo S_326622479

Descrizione libro Hardcover. Condizione: Good. No Jacket. Item is in good condition. Some moderate creases and wear. This item may not come with CDs or additional parts including access codes for textbooks. This may not have a dust jacket. Might be an ex-library copy and contain writing/highlighting. Photos are stock pictures and not of the actual item. Codice articolo DS-0715641638-3