Articoli correlati a The Second Law 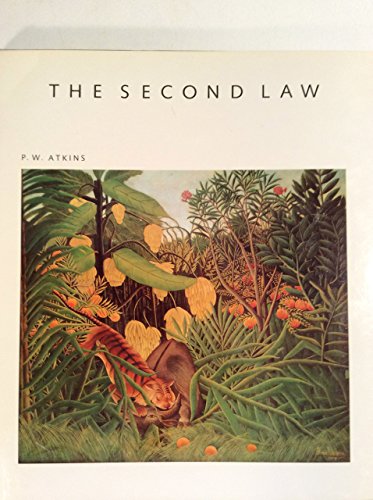 Explains how scientists first observed the second law of thermodynamics, discusses its connection with living things, and looks at the nature of structure and chaos

Descrizione libro Hardcover. Condizione: New. Condizione sovraccoperta: New. This specific hardback book is in new condition with a hard board cover that has sharp edges and corners and has a tight binding. The pages are clean, crisp, unmarked and uncreased. The dust jacket is in new condition. We package all books in custom cardboard book boxes for shipment and ship daily with tracking numbers.; "Simply stated, the Second Law recognizes the intrinsic asymmetry in nature. Aspects of this asymmetry can be found all around us: hot objects cool, but cool objects do not spontaneously become hot; a bouncing ball comes to rest, but a stationary ball does not spontaneously begin to bounce. Oxford professor P. W. Atkins begins his examination of these seemingly random but vitally important phenomena with early observations of the steam engine and traces the deepening understanding that emerged when the atomic basis of the Law was established. He analyzes the Law from a modern viewpoint, enabling us to see how a single, simple idea encompasses all elements of natural change. Using striking computer graphics to develop a unified picture of nature, the author shows us how structures are built apparently out of chaos until we grasp the underlying, awesome simplicity of complexity. An appendix details how to program the generation of printouts of the concepts discussed."; Scientific American Library Series; 9.5 X 8.6 X 0.9 inches; 230 pages. Codice articolo 21032