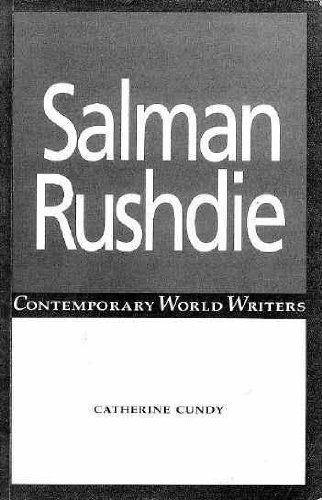 Salman Rushdie is one of the major novelists of the last two decades. A writer at the forefront of the internationalisation of British fiction, his work is subjected to controversy and, unusually, to both critical and popular acclaim. Catherine Cundy's book, one of the first major studies of Rushdie's oeuvre, explores the diverse cultural influences and tensions that inform his fictions and highlights the complex blend of Eastern and Western ideas that shape his art. A short biographical piece prefaces the book, before moving into a chronological examination of his work. The novels and short stories are considered in relation to narrative technique, filmic influences, mythology, religion and national and sexual politics. Catherine Cundy also addresses the writer's claim of a new hybridised identity and literary style, in the light of current contemporary critical and post-colonial theory. This wide-ranging, accessible and scholarly study of the fictions of Salman Rushdie is also a useful resource where criticism is still largely confined to articles in journals and periodicals.

Descrizione libro Paperback. Condizione: Very Good. The book has been read, but is in excellent condition. Pages are intact and not marred by notes or highlighting. The spine remains undamaged. Codice articolo GOR004128835

Descrizione libro Paperback. Condizione: Good. The book has been read but remains in clean condition. All pages are intact and the cover is intact. Some minor wear to the spine. Codice articolo GOR002573500

Descrizione libro Manchester University Press, 1996. Paperback. Condizione: Used; Good. **SHIPPED FROM UK** We believe you will be completely satisfied with our quick and reliable service. All orders are dispatched as swiftly as possible! Buy with confidence! Aloysius Ihezie. Codice articolo mon0000575159

Descrizione libro Manchester Univ Pr, 1997. Condizione: Good. A+ Customer service! Satisfaction Guaranteed! Book is in Used-Good condition. Pages and cover are clean and intact. Used items may not include supplementary materials such as CDs or access codes. May show signs of minor shelf wear and contain limited notes and highlighting. Codice articolo 071904409X-2-4