Articoli correlati a Boy in Darkness and Other Stories: The Centenary Edition

Peake, Mervyn Boy in Darkness and Other Stories: The Centenary Edition

Boy in Darkness and Other Stories: The Centenary Edition 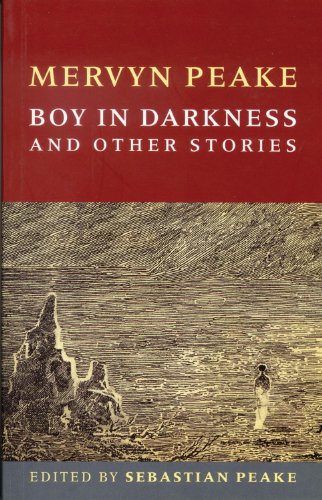 A collection of stories and illustrations by the writer of classic literary fantasy, with the title novella an episode in the Gormenghast series—one of the most original and sustained flights of imaginative writing of the 20th century In cooperation with the Mervyn Peake Estate, this is a selection of long out-of-print short stories and more than 50 never before published illustrations by one of England's most unique and multi-talented artists. The title story will be of special interest to fans of the Gormenghast books, as it comprises a chapter in the life of Titus Groan that unfolds beyond the pages of Peake's monumental trilogy. A disturbingly atmospheric tale, told with the force and simplicity of allegory, "Boy in Darkness" distills the strange logic of the Gormenghast trilogy into a story of pith and mystery, which bears comparison with Kafka and Poe. Written across a range of genres, from a ghost story to wry character studies drawn from his life in London and on the Isle of Sark, the other tales in the volume reveal surprisingly different facets of Peake's uncanny imagination. Ultimately, the collection coheres through Peake's powers to enchant the mundane and to render the fantastic normal.

Mervyn Peake (1911–1968) was an English modernist writer, artist, poet, and illustrator who is best known for his pioneering Gormenghast series, which have become classics in the literary fantasy genre. He was also a noted illustrator of classic children's books including Alice's Adventures in Wonderland and Treasure Island. Sebastian Peake is Mervyn Peake's eldest son and the cocompiler of Mervyn Peake: A Man and His Art. Joanne Harris is the author of Blackberry Wine, Chocolat, Five Quarters of the Orange, and The Girl with No Shadow. Maeve Gilmore is Mervyn Peake's widow.

1. Boy In Darkness And Other Stories

2. Boy In Darkness And Other Stories

3. Boy in Darkness and Other Stories

4. Boy in Darkness and Other Stories