Articoli correlati a Blank Fictions: Consumerism, Culture and the Contemporary... 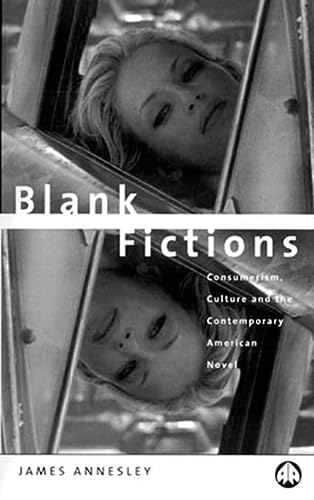 This study of the work of young American writers focuses on a group who appear to value supreficiality over complexity, and "pulp" culture over the highbrow. Previously dismissed as nihilist generation X no-hopers, Annesley attempts to position their work as analysis of late 20th century culture. Amongst the contemporary authors featured are Lynne Tillman, Dennis Cooper, Bret Easton Ellis, Douglas Coupland and Poppy Z. Brite.

Descrizione libro Pluto Press, 1998. Paperback. Condizione: Used; Good. Dispatched, from the UK, within 48 hours of ordering. This book is in good condition but will show signs of previous ownership. Please expect some creasing to the spine and/or minor damage to the cover. Damaged cover. The cover of is slightly damaged for instance a torn or bent corner. Codice articolo CHL5961541

Descrizione libro Pluto Press, 1998. Condizione: Good. This is an ex-library book and may have the usual library/used-book markings inside.This book has soft covers. In good all round condition. Please note the Image in this listing is a stock photo and may not match the covers of the actual item,400grams, ISBN:9780745310909. Codice articolo 8502713