Articoli correlati a The Real Rights of Man: Political Economies for the...

Thompson, Noel The Real Rights of Man: Political Economies for the Working Class 1775-1850

The Real Rights of Man: Political Economies for the Working Class 1775-1850 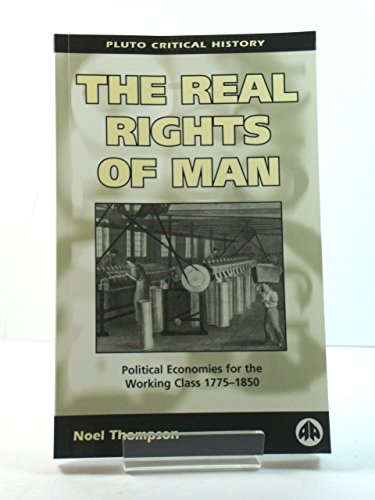 Between 1775 and 1850 Britain was transformed from a country of largely rural communities into an urbanized, industrial nation built on the foundations of a new capitalism. This volume provides an introduction to the critics and political thinkers who were opposed to this newly-emerging capitalism and who promoted instead an economic radicalism and a new concept of class. The author examines the writings and ideas of these thinkers - including Thomas Spence, William Ogilvie, Charles Hall, Thomas Hodgskin, Robert Owen, William Thompson, John Gray and John Francis Bray - those who, responding to Tom Paine's "The Rights of Man", argued that the real rights of man must be grounded in the possession of economic power. The book examines the development of their critiques, their intellectual and politcal influence during and after the Industrial Revolution and the relevance of their ideas in the 20th century. Including a section of further reading, this book provides readers with an overview of the anti-capitalist arguments of the Industrial Revolution and an introduction to the early beginnings of socialist political economics.