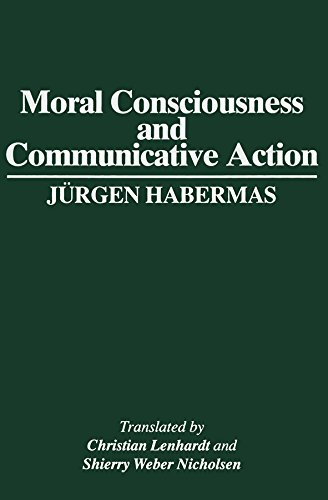 In this important book Habermas develops his views on a range of moral and ethical issues. Drawing on his theory of communicative action, Habermas elaborates an original conception of 'discourse ethics', seeking to reconstruct a moral point of view from which normative claims can be impartially judged.

Habermas connects communicative ethics to the theory of social action via an examination of research in the social psychology of moral and interpersonal development. He aims to show that our basic moral intuitions spring from something deeper and more universal than contingent features of our tradition, namely from normative presuppositions of social interaction that belong to the repertoire of competent agents in any society.

Moral Consciousness and Communicative Action confronts directly a variety of difficult and controversial problems which are at the centre of current debates in philosophy and social and political theory.

′Certainly, it is this book which marks the crowning mature achievement of one whose fundamental preoccupation has always been with the articulation of questions of normativity.′ Philosophical Quarterly

Jürgen Habermas is the author of numerous books including The Philosophical Discourse of Modernity (Polity, 1988), The Theory of Communicative Action (Polity, 1988) and Postmetaphysical Thinking (Polity, 1992).