Articoli correlati a Grandes Horizontales : the Lives and Legends of Four... 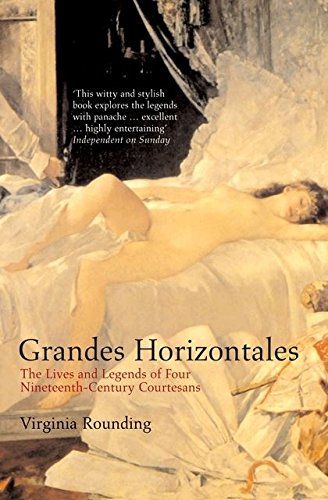 The lives and legends of four women are examined in this fascinating book, all representatives of the golden age of the French courtesan. In the reign of Emperor Napoleon III the opulent and pampered demi-monde became almost indistinguishable from the haut-monde, with mythical reputations growing up around its most glittering and favoured celebrities. Marie Duplessis became the prototype of the virtuous courtesan when Alexandre Dumas Fils portrayed her in La dame aux Camellas. Apollonie Sabatier put men of letters at ease amidst the bawdy talk of her salon. The Russian Jew La Paiva appeared intent to prey on rich young men of Paris. The English beauty who called herself Cora Pearl was another 'foreign threat', with her athletic physique, sixty horses and ability 'to make bored men laugh'. Virginia Rounding disentangles myth from reality in her lively, thought-provoking study. Nineteenth-century Paris comes to life and so do its most distinguished and declasse inhabitants.