Articoli correlati a The Three Perils of Woman: Or Love, Leasing, and Jealousy

The Three Perils of Woman: Or Love, Leasing, and Jealousy 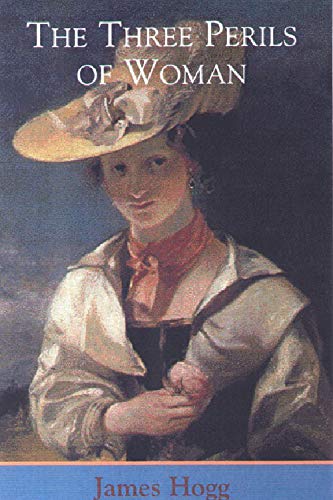 Commentators once dismissed Perils of Woman as a bad book because it trampled on the flowerbeds of early-nineteenth-century decorum; they now acclaim it a masterpiece for the very same reason, reading subversive craft in the place of oafishness.' Ian Duncan, Studies in Hogg and his World'Both stories [of The Three Perils of Woman] are generically diverse, self-consciously impure. Hogg described them as 'domestic tales', apparently soliciting a female readership whose delicacy he then assaults with speculations about promiscuity and prostitution, and with prayers so chattily informal that reviewers found them blasphemous. Both stories modulate suddenly from comedy to tragedy, though one - but which?- struggles through to what may be a happy ending. [...] What matters about The Three Perils of Woman is not the conclusions it has to offer about the issues it raises, but the fact that these are addressed with such painful urgency. They have become urgent once again, and will continue to be so; and if

The Three Perils of Woman The Collected Works of James Hogg

Three Perils of Woman : Or Love, Leasing, and Jealousy

The Three Perils of Woman, or, Love, Leasing, and Jealousy

The Three Perils of Woman (Paperback)

Descrizione libro Paperback. Condizione: new. Paperback. Not reprinted since the 1820s, this book is essentially two stories, one set in highland Scotland after the Battle of Culloden; the second in Hogg's Edinburgh. The book takes as its themes the nature of fiction, and the fictional view of life portrayed in the work of Walter Scott and John Wilson, and the realities of 19th century Scotland. The three perils are allegedly "love, leasing (lying) and jealousy" highlighting women's place in 19th century society. This volume is part of the Stirling edition of the complete works of James Hogg. After 100 years of relative obscurity, James Hogg (1770-1835) is now considered to be one of Scotland's major writers. This edition of his works results from 15 years of academic research into Hogg's first manuscripts, proofs and early editions. Each volume includes a full introduction, explanatory notes and commentary. After a hundred years of relative obscurity, James Hogg (1770-1835) now ranks alongside Sir Walter Scott and Robert Louis Stevenson as one of Scotland&#039;s leading writers. Highly regarded in his own lifetime, Hogg&#039;s fame was largely influenced by the fact that he had been a shepherd in his youth and had received no formal education. With the posthumous collected editions of the 1830s and 1860s, however, his reputation suffered. The publishers of these editions, Blackie and Son of Glasgow, took great pains to remove his numerous &#039;indelicacies&#039; and smooth away what they took to be the rough edges of his writing. It was this bland and lifeless version that the Victorians read, and, not surprisingly, Hogg became viewed as a second-rate writer. With the republication of the original version of the &quot;Justified Sinner&quot; in the 1890s, interest in Hogg&#039;s work began to stir again, and over the last twenty years some of his more major works have been rereleased in good modern editions. It is just the tip of the iceberg, and as Douglas Dunn wrote in the &quot;Glasgow Herald&quot; in September 1988: &#039;I can&#039;t help but think that in almost any other country of Europe a complete, modern edition of a comparable author would have been available long ago.&#039; This series aims to meet this need, for the first time uncovering the full extent of Hogg&#039;s considerable literary talents. Full introductions, explanatory notes and editorial comment accompany each text, making this collected edition the standard work on one of Scotland&#039;s leading nineteenth-century writers. &quot;The Three Perils of Woman&quot; is essentially a combination of two stories on similar themes, one set in Highlands following the Battle of Culloden and theother in Hogg&#039;s Edinburgh. Daring in its narrative technique, its first readers were confused by the novel&#039;s juxtaposition of the comic and the horrific as Hogg explored the relationship between fictional life, as portrayed in, say, the works of Walter Scott, and the realities of nineteenth-century Scotland. Readers were also shocked by its treatment of such delicate matters as prostitution and venereal disease. Last printed in any form in the 1820s, this new edition reveals the exceptional quality of &quot;The Three Perils of Woman&quot; and puts it squarely back into mainstream of Scottish literature. Shipping may be from multiple locations in the US or from the UK, depending on stock availability. Codice articolo 9780748663170

The Three Perils of Woman: Or Love, Leasing, and Jealousy

The Three Perils of Woman, Or, Love, Leasing, and Jealousy

Descrizione libro Paperback / softback. Condizione: New. New copy - Usually dispatched within 4 working days. Hogg's powerful novel combines two stories that hauntingly echo each other, one set in Edinburgh and the Scottish Borders in the early 1820s, and the other set in the Highlands in 1746, the time of Culloden and its devastating aftermath. Codice articolo B9780748663170