Articoli correlati a Naked In Death: 1 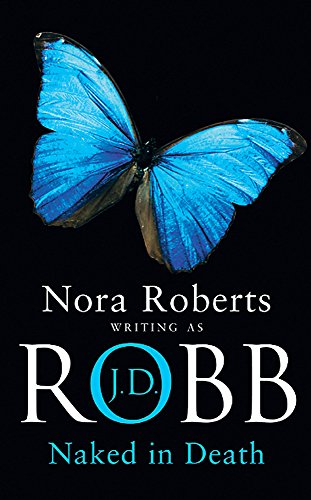 Crime and punishment is Lieutenant Eve Dallas's business. Murder her speciality. Named by the social worker who found her when she was a mere child roaming that city's streets, Eve Dallas is a New York police detective who lives for her job. In over ten years on the force, she's seen it all - and knows her survival depends on her instincts. But she's going against every warning telling her not to get involved with Roarke, a charismatic Irish billionaire - and a suspect in Eve's latest murder investigation. But passion and seduction have rules of their own, and it's up to Eve to take a chance in the arms of a man she knows nothing about - except the addictive hunger of needing his touch. From international bestselling author NORA ROBERTS, writing as J.D. Robb, comes a novel set in a richly imagined futuristic world. But for New York cop Eve Dallas one irresistible impulse still rules the heart: passion.

A perfect balance of suspense, futuristic police procedural and steamy romance truly fine entertainment sure to leave you hungering for more. (PUBLISHER'S WEEKLY)

storytelling at its most professional...This is sheer entertainment, a souped-up version of Agatha Christie for the new millennium... (MAXIM JAKUBOWSKI, GUARDIAN)

Piatkus are proud to be publishing the first in a series of twenty - with more to come - romantic suspense novels from one of the world's bestelling authors.