Articoli correlati a Stars and Cars 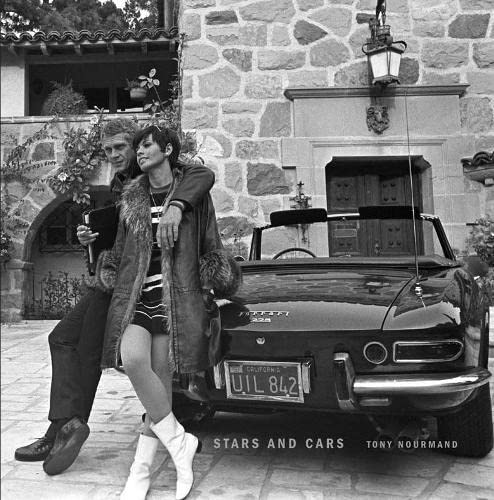 For most people, think Steve McQueen and you picture him gunning a green 1968 Ford Mustang through the streets of San Francisco. James Dean? A 1949 Mercury in Rebel Without a Cause. But what did they choose to drive away from their most famous film roles? Stars and Cars collects together in one beautifully produced volume stunning photographs of some of the most famous stars of the 20th century, with the cars they loved. With authoritative, fact-filled captions from Nick Benwell (Christie's London Consultant for Motor Cars), Stars And Cars will quite simply be one of the coolest, must-have gift books of the year. Images include: Charlie Chaplin with his c.1925 Minerva * Clark Gable and his fabulous 1935 Duesenberg SJ * James Dean with his beautiful Porsche Spyder * Audrey Hepburn with a Ferrari 250 PF in Rome, 1961 * Sean Connery and his Porsche 356 * Clint Eastwood with his Ferrari 275 GTB

Seriously cool photographs of A-list stars, with their classic cars

Tony Nourmand is the co-owner of the Reel Poster Gallery in London, the premier international gallery for original, vintage film posters. He is the author of Audrey Hepburn: The Paramount Years and James Bond Movie Posters and was Christie’s London consultant for Vintage Film Posters between 1992 and 2003.