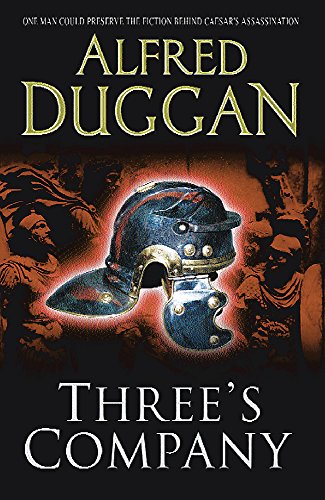 It was the Rome of Cicero, Rome at the zenith of her power. When Caesar was murdered by some of his enemies, Marcus Antonius was the first to seize power, and then appeared the young Octavius who bore the name of Caesar. Who was the mediator between these two, when a second Triumvirate was formed and recognized? It was Lepidus, whom no one took much account of, and whose name few now remember; a patrician, with no idea of how to command an army in the field.

In this novel the history of the years 49 to 36 BC is seen from the point of view of Lepidus. It is the cruelly fascinating, sometimes funny, and, in the end, curiously moving story of a figurehead who tasted power and began to believe in himself.

A classic novel set in Ancient Rome by a bestselling author - featuring the murder of Julius Caesar and the Roman civil wars.

Alfred Duggan was born in Argentina in 1903. He was educated at Eton College and Oxford. He worked for the British Natural History Museum collecting specimens and travelled extensively pursuing his job for the museum. From 1938-1941, when he was discharged as medically unfit, he served in the London Irish Rifles and saw active service in Norway. His first book was published in 1950.