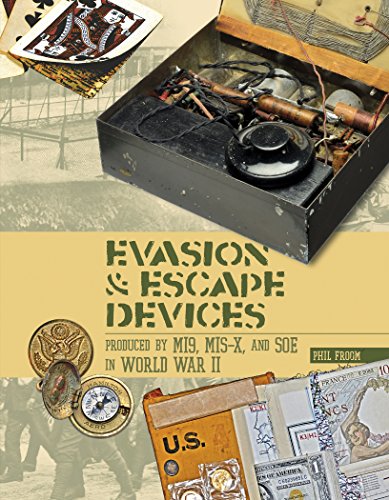 "This book describes the design, manufacture, covert shipment and use of the many ingenious evasion and escape devices provided to Allied troops during WWII. Following the fall of mainland Europe, hostile Allied actions against land-based Axis forces were generally limited to air attacks. However, as the numbers of those attacks increased, the number of aircraft and crews failing to return grew alarmingly: something needed to be done to provide these air crews with aids to enable them to evade to safe territory or escape captivity, or losses of irreplaceable crews would become critical. Britains MI-9 and U.S. MIS-X organizations were formed solely to support evaders and prisoners of war in occupied territories. They developed a wide variety of evasion and escape devices that were given to Allied Forces prior to operations in hostile territory or delivered clandestinely to POWs. It worked: the aids facilitated the return of thousands of men to their units."--Publisher description.