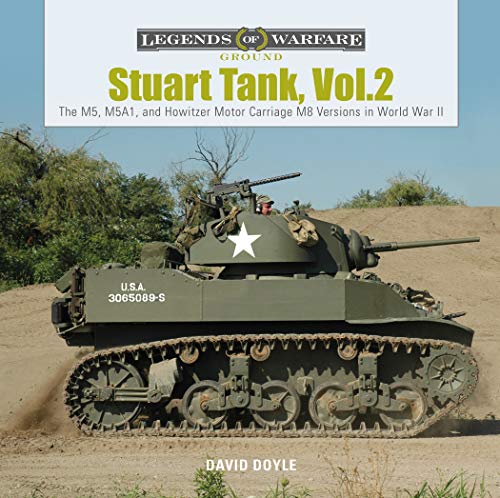 Descrizione libro Schiffer Publishing Ltd, United States, 2019. Hardback. Condizione: New. Language: English. Brand new Book. The Stuart light tanks were the first tanks taken into combat by US troops during WWII. Production of these vehicles can be broken into two categories: the early tanks powered by air-cooled radial engines, and late vehicles powered by twin V-8 engines. This volume explores the late vehicles with Cadillac water-cooled engines, the M5 and M5A1, as well as the M8 Howitzer Motor Carriage. Stuart light tanks, though lightly armed and armored, were mechanically sound and widely used by US forces in Europe and the Pacific, as well as by Allied nations. Through dozens of archival photos, including previously unpublished images, as well as detailed photographs of some of the finest existing examples of these vehicles, this early-war combat vehicle is explored, and its history is explained. A companion volume explores the early M3, M3A1, and M3A3 versions. Codice articolo AAG9780764358234