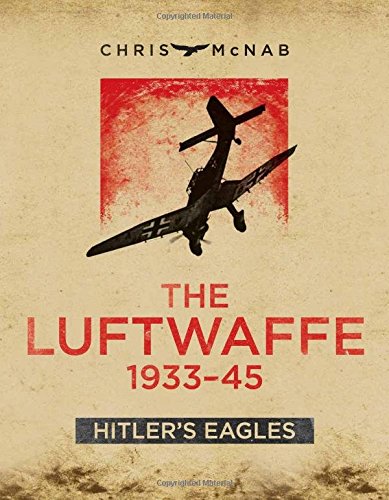 This book charts the turbulent history of the Luftwaffe from its secret origins in direct defiance of the Versailles Treaty, through its dominance in the early days of World War II to its ultimate destruction over a ravaged Berlin.

As well as providing a comprehensive study of the Luftwaffe's history and combat experience in every theatre of the war, Chris McNab also gives a fascinating insight into the human and material aspects of this unique organization. The aces and aircrews who flew mission after mission without respite are examined, and their planes, from the renowned Bf 109, Fw 190 and He 111 to the less well known variants, are looked at in detail alongside studies of their uniforms, equipment and tactics.

Drawing from Osprey's famous aviation artwork and more than 150 photos, this book conveys all the drama of the Luftwaffe's existence, from bombing raids over London to jet fighter dogfights over Berlin, bringing the story of the Luftwaffe to life.

Chris McNab is an author and editor specializing in military history and military technology. To date he has published more than 25 books. He has also written extensively for major encyclopedia series, magazines and newspapers, and he lives in South Wales, UK.